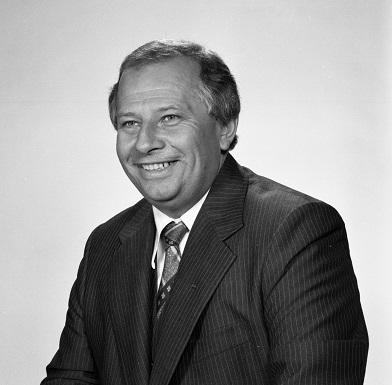 Norman E. Wagner was born in Edenwold, Saskatchewan on March 29, 1935 to Robert and Gertrude Wagner. He obtained a Bachelor of Divinity from the Lutheran College and Seminary in Saskatoon and Bachelor of Arts and Master of Divinities from the University of Saskatchewan in 1958. At the University of Toronto, he obtained a Master of Arts in 1960 and a PhD in Near Eastern Studies in 1965. From 1961 to 1978, he was employed at Wilfrid Laurier University and taught Near Eastern Languages, Literature and Archaeology, performed archaeological digs in the Middle East, served as Dean of Graduate Studies and founded both the School of Religion and Culture and Wilfrid Laurier University Press. He was President of the University of Calgary from 1978-1988. While President of the UofC, he was on the board of the organizing committee for the 1988 Winter Olympics held in Calgary. After retirement from the U of C, he served on the Board of Directors of Alberta Natural Gas Co. Ltd. from 1988 to 1995 and was Chairman, President and Chief Executive Officer from 1991 to 1994. He also held positions on the Corporate Higher Education Forum and World Foundation for Smart Communities and was a founder of University Technologies International Inc. in Calgary. Wagner established Auxano Philatelic Services to distribute and publish books about British North America philately and published a book detailing the postal history of the district of Assiniboia (Saskatchewan).

Dr Wagner was made an officer of the Order of Canada in 1989, given an honorary doctor of laws degree from Wilfred Laurier University in 1984, received the Queen̐us Golden Jubilee medal in 2002, appointed President Emeritus, The University of Calgary in 1990, and named Honorary Patron, The Ecole Biblique et Archeologique Francaise Jerusalem - The Library Project.Dr Wagner married Catherine Hack of Grenfell, Saskatchewan in 1957 and had three children; Marjorie, Richard and Janet. He died on December 10, 2004 in Calgary.

Fonds consist of records created and accumulated by Norman Wagner. Fonds includes correspondence, photographs, newspaper articles and clippings, speeches, memoirs, publications and material pertaining to his career as University of Calgary president, President and Chairman of Alberta Natural Gas Company Ltd and his activities after his retirement. Also includes Wagner's various degrees and certificates including Bachelor of Divinity thesis and Ph.D. thesis.

Fonds was originally arranged in alphabetical order, but has been rearranged in chronological order within series and subseries. Some file titles have been imposed.