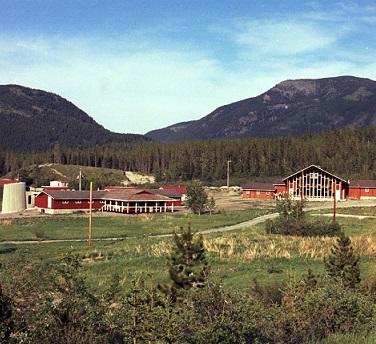 The Environmental Sciences Centre was a unit of the University of Calgary devoted to environmental studies with facilities on campus and in the Kananaskis valley. The Centre was established by the University in 1966 on the initiative of a group of faculty from the Departments of Biology, Geology, Chemistry and Geography. Dr. J.B. Cragg was appointed as the first Director. The facilities in Kananaskis were built in 1968. Projects have included decomposer systems, environmental chemistry, environmental physiology, large mammals, ecosystem production, aquatic biology, land management and geomorphology.

In 1992, the Centre was split into two main administrative units: the Kananaskis Field Stations in the Kananaskis valley and in Turner Valley, and the Environmental Research Centre (ERC) at the University, with the ERC being the coordinating unit for environmental research and education on-campus.

In 2006, the Biogeoscience Institute (BGS) was created by the merger of two research entities: the Kananaskis Field Stations and the G8 Legacy Chair in Wildlife Ecology. Initially under the direction of the Vice President-Research, the BGS was under the Dean of the Faculty of Science from 2006 until ca. 2012 when it reverted to the direction of the Vice-President (Research).