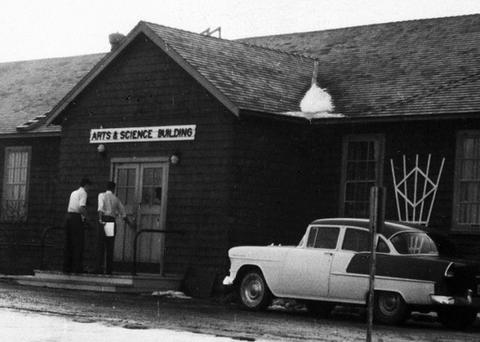 Faculty of Arts and Science fonds.

University of Alberta in Calgary. Faculty of Arts and Science

Indicative of the growing autonomy of the University of Alberta, Calgary, the Faculty gained its own dean in 1955. Until ca.1968, degrees offered by the Faculty were of three years in duration. In 1969, the General Faculties Council approved the addition of a four-year program.

In October, 1970 the Advisory Committee on Teaching Evaluation (or Baker Committee) was established by the Striking Committee of the Faculty of Arts & Sciences to recommend to the Dean of Arts & Sciences methods to improve teaching and procedures to adopt for the fair and effective evaluation of teachers. Dr. J.A. Baker was the Chair of the Committee. A preliminary report was sent to the Dean in January, 1971 and the procedures noted in the report were adopted later that year. The procedures underwent a review process in 1973 and 1974.

In 1976, the Faculty was divided into the faculties of Humanities, Science, and Social Sciences, and the University College.

The records are arranged in chronological and alphabetical order. Original order maintained except with some artificial order in the committee and correspondence series.

In addition: Some files are restricted due to personal information and must be screened.