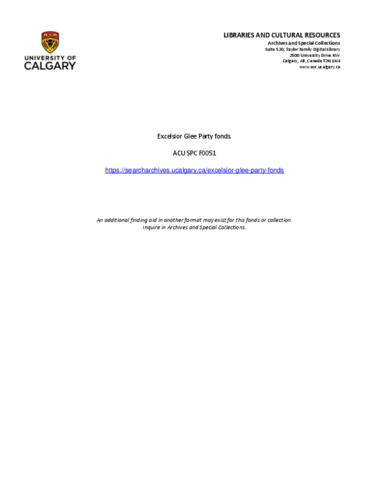 Organized in 1929 by conductor Glyndwr Jones, the Excelsior Glee Party was a male chorus which entertained Calgary and district audiences from its inception until 1941, when it was disbanded during World War II. Reorganized under the leadership of Frederick L. Newnham in 1947, the chorus, in addition to regular musical concerts, presented a series of radio broadcasts in 1948. F. L. Newnham was followed as conductor by Cyril S. Mossop in 1949.