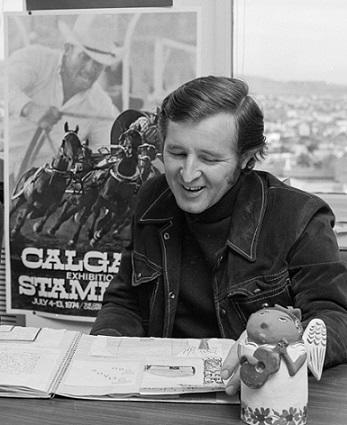 Dr. Herman W. Konrad was born in Poplar Hill, Alberta on November 5th, 1935. In his early 20s he volunteered with the Mennonite Central Committee, serving two years in Paraguay building roads, learning Spanish, and discovering what would become a life-long passion for Latin America. He received his BA from the University of British Columbia (History and Psychology) in 1962 and his MA from the University of Chicago (Renaissance and Reformation, and Early Modern European History) in 1964. His doctoral specializations at the University of Chicago were in Anthropology (Acculturation and Contemporary Latin American Indigenous Sectors) and History (Colonial Economic and Institutional History of Latin America and Spain). He received his PhD in 1973.

During his post-graduate studies, Konrad worked as a researcher for the Interdisciplinary Water-Management Research Project, Department of Geography and the Social Psychology Laboratory at the University of Chicago. He also directed the Institute Interuniversitario para Investigaciones Fundamentales en ciencias Sociales en Yucatán, in Mérida, México where he met his future wife Candelaria Arceo and began work on his long-term research into the chicle industry. He joined the University of Calgary in 1969 and held a position in history and anthropology until his death in 1996.

Konrad traveled extensively throughout México, gathering information from the field and from the archives for his studies. He was active in the Canadian Association for Latin American and Caribbean Studies, holding various executive positions including President. He founded the Canadian Association for Mexican Studies and in 1996 was awarded the Order of the Aztec Eagle, the highest honour for a non-diplomatic, non-Mexican citizen. The award was bestowed on Konrad by the President of México in recognition of academic contributions to Mexican studies, and to the establishment of Canada-México academic relations.

Konrad’s scholarly activities were voluminous, stemming primarily from both his academic and personal interest in Latin America in general and the area of Mérida, Yucatán in particular. He was also an excellent interdisciplinary researcher: one of his many research projects involved viewing the Calgary Stampede through an anthropologist’s lens. He wrote almost fifty articles and chapters, gave over a hundred presentations and addresses, and published five books including his doctoral work A Jesuit Hacienda in Colonial México: Santa Lucia 1576-1767, NAFTA in Transition co-edited with Stephen Randall, and Los estudios sobre México en Canadá. Logros y nuevas direcciones. He was planning on publishing four more books, including his work on the chicle industry, when he died in 1997. He was posthumously awarded the prestigious Tremblay Weaver Award from the Canadian Anthropology Society in 2005.

The fonds consists of records created or collected by Dr. Konrad over the course of his life and throughout his career. The records include the journal created by Konrad from his seminal trip to Paraguay as a volunteer with the Mennonite Central Committee, his post-graduate research and the scholarly activities undertaken as a faculty member at the University of Calgary. These records include research and field notes, drafts of articles and conference presentations, transcripts of interviews, background research including newspaper clippings for the Calgary Stampede project, and notebooks of archival research from Mérida, Yucatán.

Records are in English and Spanish