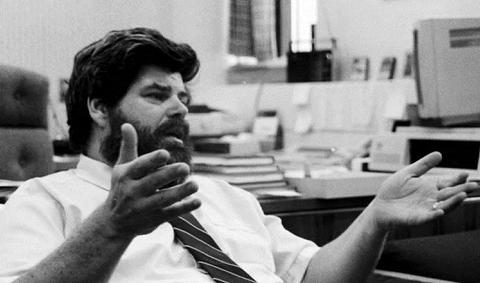 4.84 m. of textual records and other material:

MacDonald was a prolific presenter giving over 800 addresses, papers, keynote speeches, reports and other submissions, including 127 citations for Honourary Degree recipients in his role as University Orator from 1989-2002. MacDonald was also a family historian and the fonds includes genealogical research and records collected about his father Vincent, his maternal uncle Rev. Harry (John Henry) Durney, and his uncle Wallace MacDonald. Vincent MacDonald was a lawyer, educator and civil servant, serving as secretary to Prime Minister William Lyon Mackenzie King in 1927, teaching law at Dalhousie University and eventually becoming Dean of the Faculty of Law. Vincent died in 1964. Wallace Archibald MacDonald was a silent film star, appearing in almost 120 films between 1914 and 1932. He would later become a producer of over 100 films from 1937 to 1959. Wallace died in 1978. Rev. Harry (John Henry) Durney (1904-1977) was a Roman Catholic priest from 1929 to 1977.

Following his retirement in 2003 MacDonald was involved in the Calgary Aerospace Museum in various roles as Librarian, Secretary of the Board and Executive Director. He compiled “A Chronology of Air and Space” while working there.

Some files contain personal information and should be reviewed prior to access. Check series descriptions.

Records are in English and French.