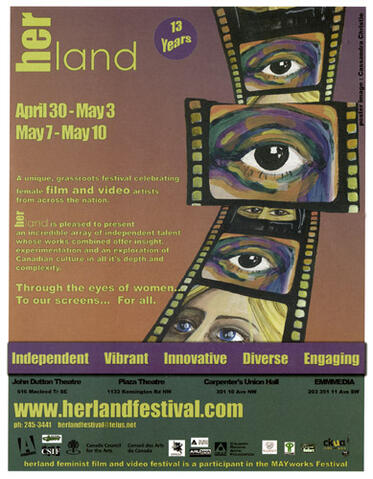 The herland feminist film festival was established in 1989 in Calgary, Alberta when the Calgary Status of Women Action Committee joined with the Women of Colour Collective to host a film-focused fundraiser. Building up audiences through the years, the festival peaked in 2003-2004 with an audience of 1,700. The festival was cancelled in 2007 after its funding from the Canada Council was decreased and also because of the growth of other local film festivals. In its time, the festival provided a venue for films that covered a range of feminist topics not typically seen in the mainstream.

Gift of Sharon Stevens on behalf of the festival directors, 2008.

The fonds consists of programs, posters and miscellaneous material relating to planning, programming publicity and funding of the festival.