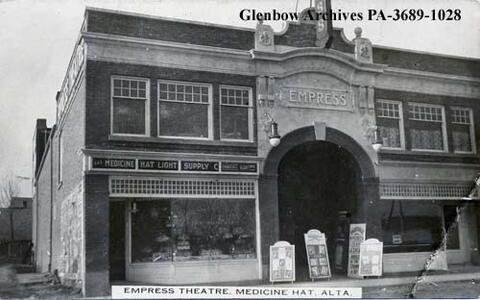 Henry Allergoth, 1902-1972, was born in Oslo, Norway and moved to Canada with his parents in 1904. He began teaching in 1923 and moved to Medicine Hat, Alberta in 1943, where he taught at Riverside School, Alexandra Junior High, and Medicine Hat High School. He was very active in theatre in Medicine Hat, and directed many local productions. He was instrumental in the establishment of a local high school drama festival, and served on the executive of the Alberta Drama League, Medicine Hat Civic Theatre, and Medicine Hat Musical Theatre. He retired in 1967. He and his wife, Blanche, had two daughters, Gail (Meier) and Betty Lou (Douglas).