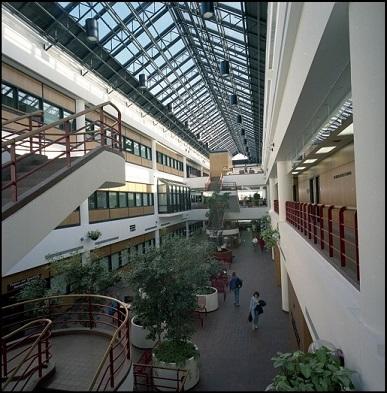 8.02 m of textual and other records

The Department of Commerce was formed in the Faculty of Arts and Science in 1966. The Faculty of Business was created in 1968 and the name changed to the Faculty of Management in 1978. In 2002 the faculty was renamed the Haskayne School of Business in recognition of a large charitable gift from businessman Richard (Dick) F. Haskayne. At this time it was affliated with the Faculty of Law, but became independant in 2004.

The Haskayne School of Business is a progressive and innovative business school with a reputation for influencing the practice of management and leadership through teaching and research. The school works with partners in the business community and offers a full range of degree programs.
It is closely linked to the global resource-based industries headquartered in western Canada: energy, mining, forestry, agribusiness, and tourism. It has played a pioneering role in integrating the management of environmental and social issues into the curriculum. In 2001, the Institute for Resource Industries and Sustainability Studies (IRIS) was established at the School, and houses a group of faculty from various disciplines and a group of Ph.D. students focused on resource industries and sustainable development management. The Haskayne School of Business is also a founding member of the University of Calgary’s interdisciplinary Institute for Sustainability, Energy and the Environment (ISEEE).