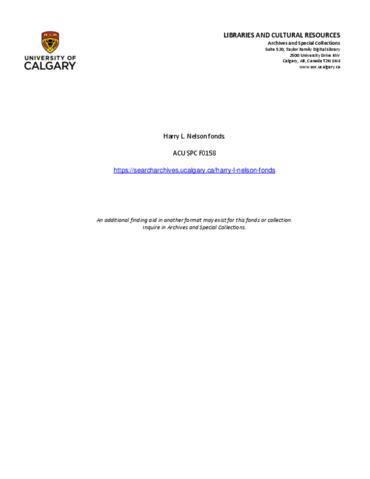 Computer programmer, mathematician and editor Harry L. Nelson was born in Topeka, Kansas, on January 8, 1932. Attended local schools and graduated from Harvard College, A.B. Math, in 1953. Served two years in U.S. army. Received M.A. in math from Kansas University in 1957. Taught, worked at several jobs in industry and became a computer programmer at University of California's Lawrence Livermore National Laboratory. Retired in 1991. Discovered, with David Slowinski, the then largest known prime number in 1978. Editor of the Journal of Recreational Mathematics for five years; currently on the editorial board. Became associated with the Cray Blitz computer chess programming endeavor with Robert Hyatt. Cray Blitz won the Computer Chess World Championship in 1983 and retained the title until 1989. Founded the Minimax Game Corporation in 1972, whose present charter is to serve as a "think tank" for games; has devoted full time to the puzzle and game business since 1992. There are currently 20 mechanical puzzles and/or games on the U.S. market for which he has made substantial contributions.