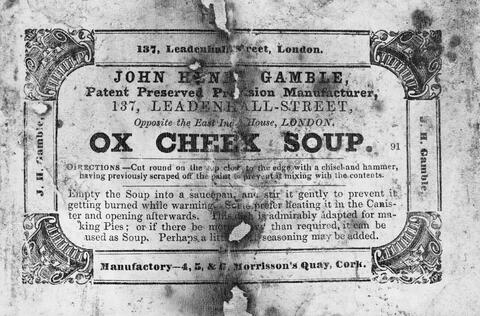 These records were gathered together from a wide variety of sources by the Glenbow-Alberta Institute, which has had an ongoing interest in the Franklin Expedition and Arctic exploration. In 1968 Glenbow salvaged the contents of a cache on Dealy Island, near Melville Island, which had been discovered during petroleum seismic work in the area. The cache had been left by British naval officer, Sir Francis McClintock, during his 1851 search for the missing Sir John Franklin. Artifacts from the cache are now held by the Glenbow Museum. This collection, which consists of both original documents and copies of records held elsewhere, provides detailed information about searches for Franklin and Arctic exploration.

The collection consists of diaries, letters, memoirs, reports and other records created by these individuals involved in searches for the missing Franklin Expedition, as well as other explorers who were contemporaries of Franklin

Access to some materials is restricted due to their fragile condition. Transcripts or photocopies are available for research use.