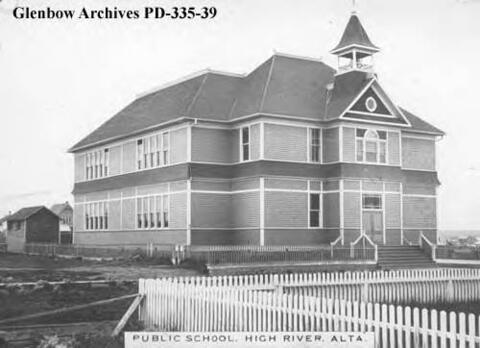 Foothills School Division No. 38 was established in 1938 as part of the Alberta government's scheme of school district consolidation. Seventy-eight small school districts in the area encompassing Okotoks, Millarville, Black Diamond, Nanton, Vulcan and Arrowwood were amalgamated to form the Division. The office is in High River. In 1929, prior to the establishment of the Division, the provincial government embarked on a pilot project for the school division system. Turner Valley School District, an amalgamation of five districts, was formed. This enlarged district was so efficient that it did not join Foothills School Division until 1963. The High River School District also remained autonomous until it joined the Division in 1968.

Gifts of the Foothills School Division, Town of Okotoks and private collectors, 1959-1999.

Other records of the Foothills School Division are held by the Museum of the Highwood.

The Okotoks S.D. minutes are listed in the "Okotoks, Alberta" inventory (M 1915).