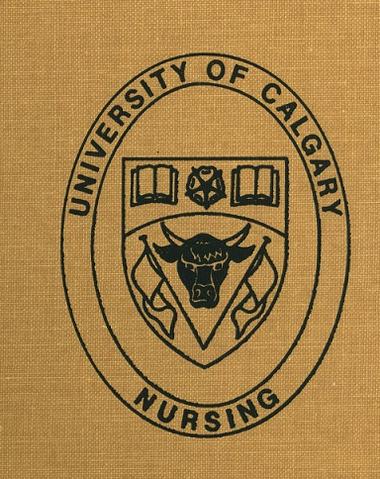 The Foothills Hospital School of Nursing admitted its first class of student nurses in 1965 and held its last graduation in 1995. During its years of operation 2,488 men and women graduated from the diploma program.

The mandate of the School of Nursing was to prepare entry-level nurses with the skills needed to provide quality patient care in both acute and long-term care settings, and to provide opportunities for the continuing education of experienced nurses.

In order to provide a comprehensive nursing education, the School had affiliation agreements with a number of facilities in Calgary and the surrounding area such as the University of Calgary. This included the provision of University taught courses for the School, and, beginning in 1985, an articulation program which allowed students who had finished their first year at the School to transfer to the second year of the baccalaureate nursing program at the University.

Until the mid-1980s the shool offered one course of study, the Basic (Diploma) Program, a comprehensive three-year program teaching fundamental skills required in the practise of nursing. Subsequently the school offered the Refresher Program (1984-1990) for nurses returning to the nursing profession, and a certificate Post-Basic program (1985-1995). The School also participated with Mount Royal College and the University of Calgary in the planning, development and initiation of the Calgary Conjoint Nursing Program (CCNP). The first two years of the program were taught at the School of Nursing, beginning in 1993.

Foothills Hospital School of Nursing student uniform [1968] and School award plaques are held by The University of Calgary Archives. The records of the Foothills Nursing Students Association are also held by the University Archives.