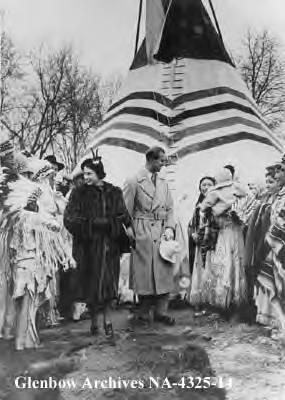 Etta G. Mather, ?-ca. 1962, of Calgary, Alberta was an active member of the Imperial Order Daughters of the Empire. She joined the order in 1923 and held a number of offices from 1933 to 1945 including regent of the Chief Crowfoot Chapter and of the Lady Roberts Junior Chapter. She was particularly involved in the order's work with the blind. She resigned from office in 1945 due to ill health. She was a dedicated monarchist who followed the activities of the Royal family. She was married to Joseph Andrew Mather, 1893-1980, and they had three sons, Jack, Bill and Donald.

Title based on provenance and contents of records.