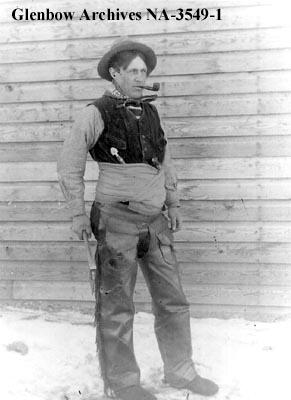 Noel Marie Etienne Michaud, 1880-?, was born in France, and joined the French merchant marine in 1897. In 1905 he moved to Alberta and settled on a ranch near Big Valley. He returned to France during the First World War and served as a wireless operator in the French navy. On his return to Canada in 1919 he opened a drugstore in Edmonton. He sold the drugstore in 1930 and was employed by the provincial government until he retired in the late 1940s. During the Second World War he helped organize the Free French movement in Edmonton, and he served as the president of the society for many years.

The material is in French.