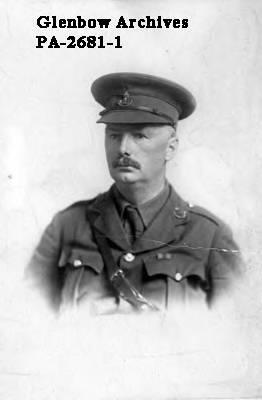 In 1905 Ethelbert moved his family to Rosthern, Saskatchewan and became a member of the College of Physicians and Surgeons of the North-West Territories. The Reavleys then moved to Steveville, Alberta in 1910, where Dr. Reavley exchanged his South African War Scrip for land. During the First World War he served with the Canadian Medical Corps and Royal Army Medical Corps. In 1921 he settled in Grande Prairie, then moved to Spirit River in 1925. He was also an inventor of medical and military devices.