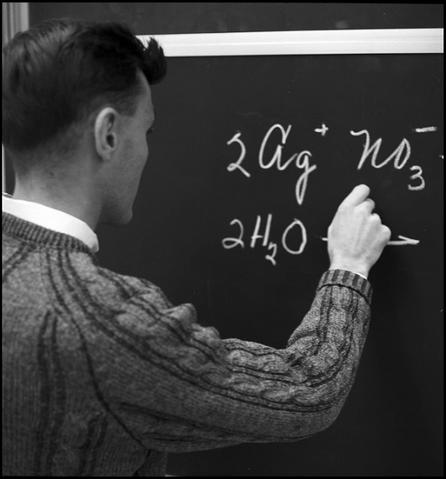 University of Calgary. Dept. of Chemistry

The first University level Chemistry courses were taught in 1949-1950 as service courses to the Faculty of Education programs at the Calgary Branch of the University of Alberta. Initially only the first year of the 3-year Chemistry major BSc program was offered which students had to complete in Edmonton. The years of study allowed at the University was gradually extended until 1964 when the first 4-year BSc (Honors Chemistry) was conferred. In 1966 the Department of Chemistry was created in the Faculty of Arts and Sciences. It moved to the newly formed Faculty of Science in 1977. Today the department offers BSc, MSc, and PhD courses and degrees.