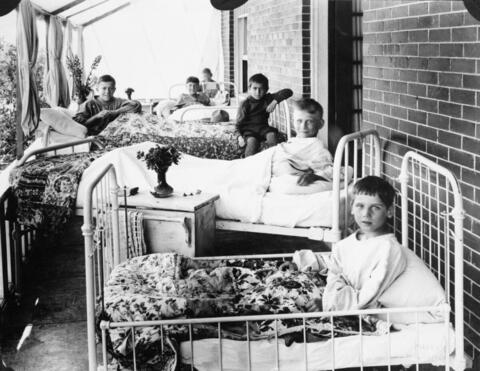 In 1908 an auxiliary of the Women's Hospital Aid Society was established, under the leadership of Mrs. T.H. Crowe, to look after the children's ward of the Calgary General Hospital. It was incorporated as the Girls' Hospital Aid Society, but was disbanded during First World War as most members were involved in other groups. It was reorganized in 1922, and the name changed to the Children's Hospital Aid Society in 1925. From the early 1930s to the 1990s it has predominantly aided crippled children. The society has raised funds through the annual Easter Seal Campaign, inaugurated in the 1940s, annual teas, and other projects. The money is primarily used to improve and maintain the wards in the Alberta Children's Hospital in Calgary.