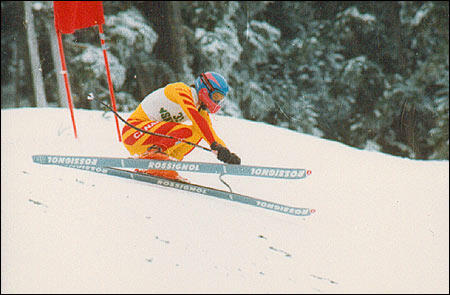 The Alberta Division of the Canadian Ski Association was incorporated on February 13, 1975. The Alpine Discipline of the Division was established to promote competitive excellence and develop individual potential in alpine skiing. The Alpine office in Calgary schedules races, registers skiers, administers funds, runs clinics for coaches and officials, and administers ski development and racing programs in the province. Top athletes from these programs progress to the Alberta Ski Team and the National Alpine Ski Team. Activity of the Alpine Discipline increased significantly during the four years prior to the 1988 XV Olympic Winter Games. With funding from the Alberta Sport Council's "Best Ever Program", the Discipline was able to identify and develop athletes with the greatest potential in the sport. The name was changed to the Alberta Alpine Ski Association in the 1990s.