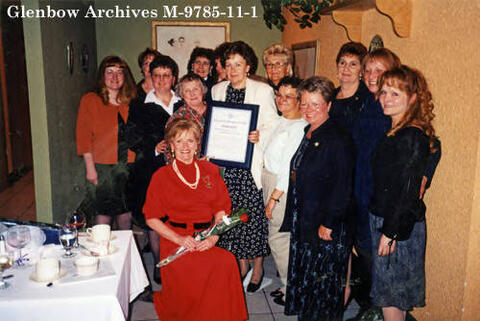 The Calgary Eves in Calgary, Alberta received their charter in 1977 and were the first female club in the Canadian Progress Club National, the association of Progress Clubs across Canada. The Calgary Eves were part of the Calgary-Vancouver Zone in the Western Region. The objects of the club were to create and preserve a spirit of friendship in the club, to be an association of individuals of high ideals devoted to the best interests of their community, to aid those in need, to aid in uniting the Canadian people, and to show by leadership and example the pride of being Canadian. The Calgary Eves sponsored a program called the Aunts at Large Society to aid local girls, renamed Big Brothers Big Sisters of Calgary and Area in 1994. The group disbanded in 2015.