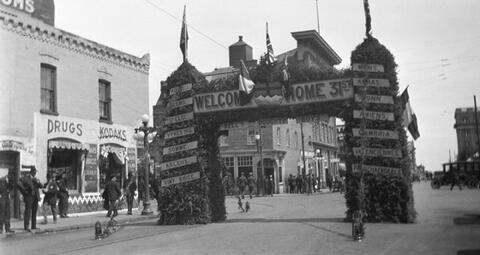 The 31st Canadian Infantry Battalion (Alberta) was organized in Calgary on March 15, 1915, and came to a strength of 1,033. In the First World War it served in France and Belgium with the 6th Infantry Brigade, 2nd Canadian Division from September 18, 1915 until the armistice.

The fonds consists of history and nominal roll of the 31st Canadian Infantry Battalion (Alberta) and army field message book (1918).