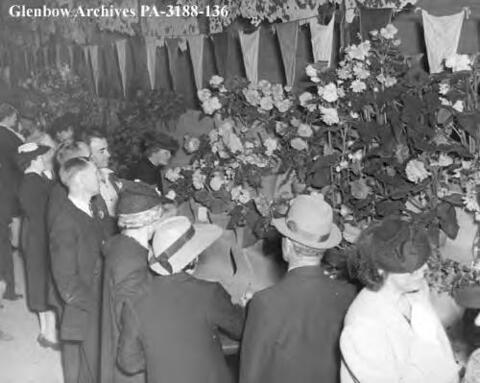 The Calgary Horticultural Society was formed in 1907, with Mr. W.H. White as the first president. The objectives of the society are to encourage horticulture, arboriculture, agriculture and the study of botany, and to help beautify the City of Calgary. These aims have been achieved through articles written by members, guest speakers, garden clinics, and an annual show held the third week in August. In 1959, CHS established an arboretum in River Park. The society has hosted the Provincial Horticultural Show on several occasions. In 1973 the A.E. Cross house was presented to CHS for their use by Mary Dover. The society continued to use the house until the late 1980s. For further information see Leisbeth Leatherbarrow's article in Alberta History. -- vol. 46, no.3 (Summer 1998), p. 20-24.

Some official CHS correspondence is in the Percival J. Timms fonds at Glenbow.