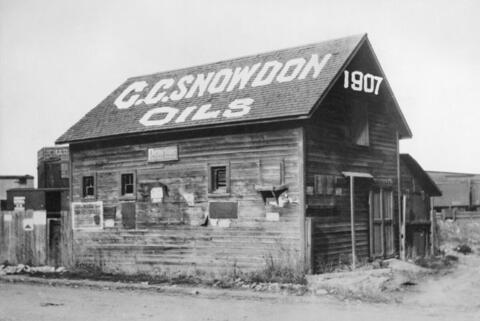 Campbell Camilus Snowdon, 1882-1935, was born in Montreal, Quebec. He worked for Imperial Oil and then came west in 1901 with the Canadian Oil Company. In 1907 he formed C.C. Snowdon Company, a wholesale manufacturer, refiner and importer of oils. He built a plant at 1810/1840-11th Street SE in Calgary, Alberta. The company expanded to Vancouver, Edmonton, Saskatoon, Winnipeg and Toronto. Snowdon and his wife Isabella had four children: Charles Calvin, 1917-1998, Isobel (Follett), Alexander A., 1922-2011, and Myrtle (Sutton), ?-1992. After Snowdon died the business was carried on by his family until the 1960s when the shares were sold to V. Ken Travis who developed the company into Turbo Resources.