The fonds consists of scrapbook of programs, certificates, letters, posters, photographs and newsclippings about musical career (1903-1953); photographs of Ma Trainor and her orchestras (1920-1941); and daughter's sympathy letters on her death (1953-1954).

The fonds consists of programs.

The fonds consists of cartoons from the Calgary Albertan newspaper as well as sketches of various elements from the cartoons.

The fonds consists of programs and posters for the concerts which were held, as well as minutes, correspondence, grants applications, and financial records related to the organizing and financing of the concerts. 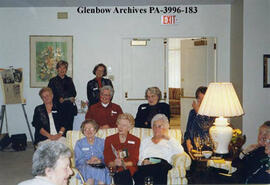 The fonds consists of newspaper columns written by Nancy primarily for the Calgary Herald, and research material compiled while writing her books on graveyards, the Famous Five, weddings and underwear. Includes a photograph album showing views of Calgary, Banff, and southern Alberta; and minutes and committee records related to her work with the Famous 5 Foundation.

The fonds consists of editorial cartoons, most of which appeared in the Calgary Herald. The cartoons poke fun at the joys and frustrations of being Calgarian, and also depict Calgary's unique views on Canadian and world affairs. General topics include politics, religion, health care, hockey and weather. More controversial topics include gun control, tasers, abortion, the war in Afghanistan, and smoking. Many cartoons relate to Quebec separatism. The fonds also consists of his comic strips, Gopher Gully, Chubb and Chauncey and The Byrds. It also contains letters from various dignitaries about his cartoons, as well as some pages of the comics he drew for Crazy Magazine.

The collection consists of photocopies of published articles about Alberta pipe organs and organists, many of them written by D. Stuart Kennedy.

The collection consists of research material on Andrew King. 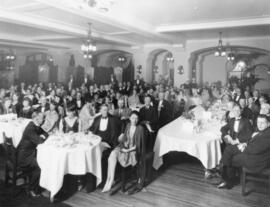 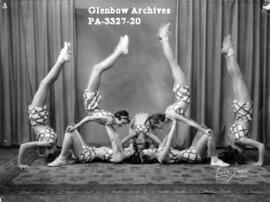