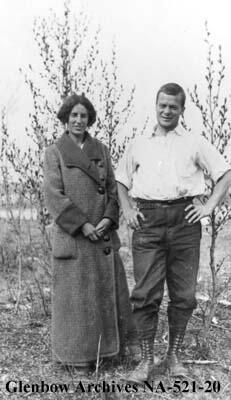 For further details see The Days of my Sojourning : A Reminiscence / Cecil Swanson. - Calgary : Glenbow-Alberta Institute , 1977.

The fonds consists of scrapbook; speech; guestbooks; photographs of the family, Anglican missionaries and the Yukon; manuscript of The Days of my Sojourning; and newsclippings. Includes sympathy cards sent to daughter after his death; also recording of Swanson singing grace at Old Time Rangemen's Dinner, 1976.

M 3488 is missing so it is not listed. It may have been reassigned the number M 3413, since they have the same description.