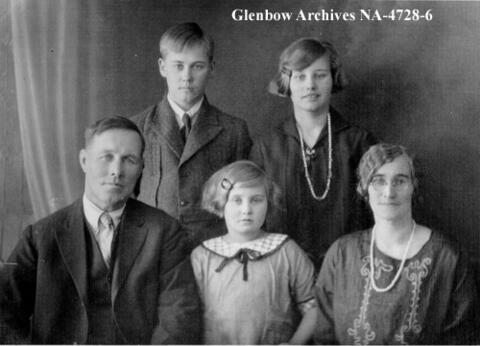 Thomas J. Christofferson came from Norway to Alberta in 1904 and homesteaded near Brant. In 1910 his wife, Sara, arrived from Norway. They had three children, Karl, Anette, and Hanna. Anette, 1912-1970, trained as a teacher at the Calgary Normal School, 1930-1931, and she taught at Peel Coulee School near the family farm. She later became the secretary of the Heseltine law firm in High River and she married Colin Heseltine in 1945.