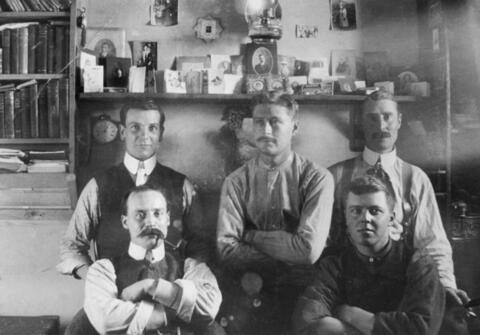 Alfred "Alf" Causley, 1874-1949, was a Barr Colonist who homesteaded near Lloydminster, Saskatchewan in the early 1900s. In 1919 he married Clara Elizabeth Williams, 1894-1983, who was born in England and came to Lloydminster with her family in 1904. She worked as a nursemaid and travelled to both Edmonton and Winnipeg before she married Alf. Alf worked with the CNR as a pumpman for eleven years in North Battleford before being transferred to the Dundurn District. In 1940 he retired to Saskatoon. The Causley's had two children, a girl and a boy.

The fonds consists of Alfred's immigration and homestead receipts; Clara's memoirs; and photographs of Barr Colonists, Lloydminster, and CNR construction.

M's should be amalgamated.

Link added to Archives Photographs on May 1, 2018.