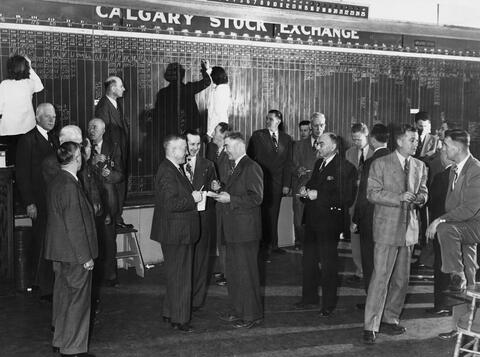 The Alberta Stock Exchange was incorporated on October 25, 1913 by an act of the Province of Alberta. It began operations in 1914 in the Lougheed Building, 604-1st Street SW, Calgary, with Edmund Taylor as the first president. It has always been closely linked with the province's oil and gas industry, and has been the principal petroleum industry exchange in Canada. It ceased operations from 1917 to 1925, partly as a result of the war, and when it reopened in 1926 it was renamed the Calgary Stock Exchange. In 1975 the name changed again to the Alberta Stock Exchange. The rules and regulations of ASE are modeled on those of the Toronto Stock Exchange. It is currently located at 300-5th Avenue SW, Calgary. In 1999 the exchange merged with the Vancouver Stock Exchange.