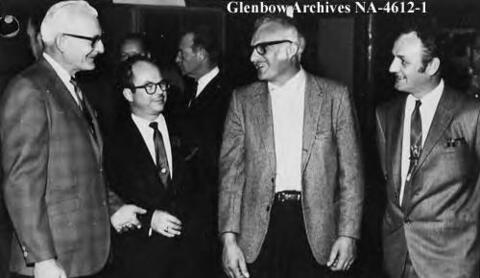 The Calgary chapter of the Administrative Management Society, originally called the National Office Management Association, received its charter in 1945. The formation of the chapter was initiated by Don Carlyle of Goodyear Tire and Rubber Company in Toronto, Jack Evans, the Calgary representative of the same company, and George W. Wallace of Henderson Secretarial School. These men believed that office management in Calgary would benefit from the information and assistance available from NOMA. Chapter presidents have included Jack Evans, Ralph Ranson and Fred Johnson. Members of the chapter were instrumental in creating the Edmonton Chapter in 1949, and a collegiate chapter at the Southern Alberta Institute of Technology (SAIT) in the late 1960s. The Calgary chapter was active in AMS conferences, and hosted a number of them, as well as the Western Canada Business Show. The chapter folded in November 1994.